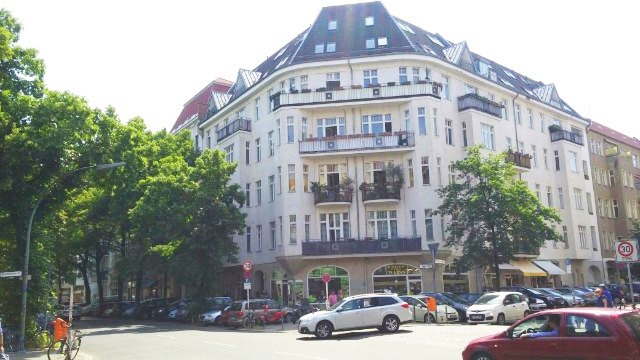 Abandoned in Berlin, invites the reader to decide if anti-Semitism in Germany ceased at the end of the Second World War or was concealed by a new set of West German laws. The story reveals the history of a prestigious block of Jewish-owned apartments in Berlin, expropriated under National Socialism at the end of March 1936. The leading characters are a widow and her two teenage daughters, with the story narrated in the third person by Hilda, the only descendant of the youngest child, who currently lives in Novato, Northern California. Researching the family’s past begins during June 2016 when Hilda visits Berlin to discover the home where her mother, Ellen, lived as a child and teenager. Through diligent research and the help of people and organizations in Berlin, Britain, the United States, and Israel, a story of persecution, discrimination, courage, and survival emerges.

Important events are exposed, beginning in December 1929, when the father of the family dies suddenly of natural causes. He leaves his wife to bring up his two adolescent daughters and manage the apartment business in the Charlottenburg-Wilmersdorf district of Berlin. The youngest daughter, aged eleven at the time of his death, inherits three eighths of the property, but because she is under age 21 and has no father, is placed under the “care” of a Nazi Guardianship Court. The Court controls all financial decisions affecting the minor, including the property, and slowly uses its power to squeeze the family out of their home, and then out of Germany. Not until the early 1950s can the survivors pursue restitution under newly-created West German regulations. What happens at this time is revealed in Abandoned in Berlin.

Author: John Cammidge
Filed Under: Abandoned in Berlin
ABANDONED IN BERLIN: Chapter One