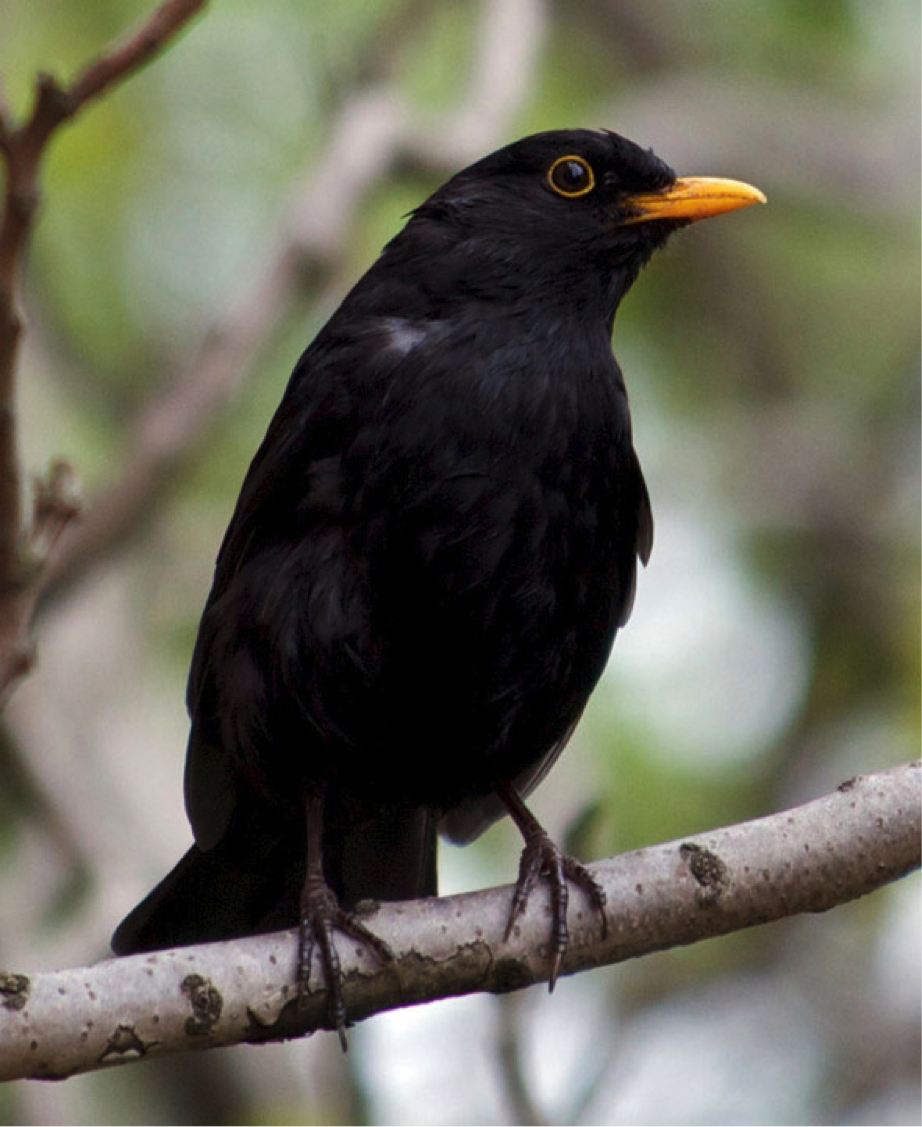 I recorded the blackbird virtually every time I went out bird watching during the 1950s. Along with the starling and house sparrow, it was the most common bird in the York area, and I enjoyed its presence. I often followed it to its nest in hedgerows or listened to the prolific singing as it tried to attract a mate or warn off potential rivals.

I admit to collecting its eggs. However, as I explain in my novel She Wore a Yellow Dress, I always considered the eggs of the song thrush to be more attractive, and they were my first choice for collecting. At the time, there were about six million pairs of breeding blackbirds in the UK, but this number shrank to around five million between the 1970s to mid-1990s. It is unclear what caused the decline, but it is more likely to do with the destruction of hedgerows by farmers than my childhood egg collecting. Their population is now stable and the blackbird has been moved from the UK’s Amber to Green List of Birds of Conservation Concern. 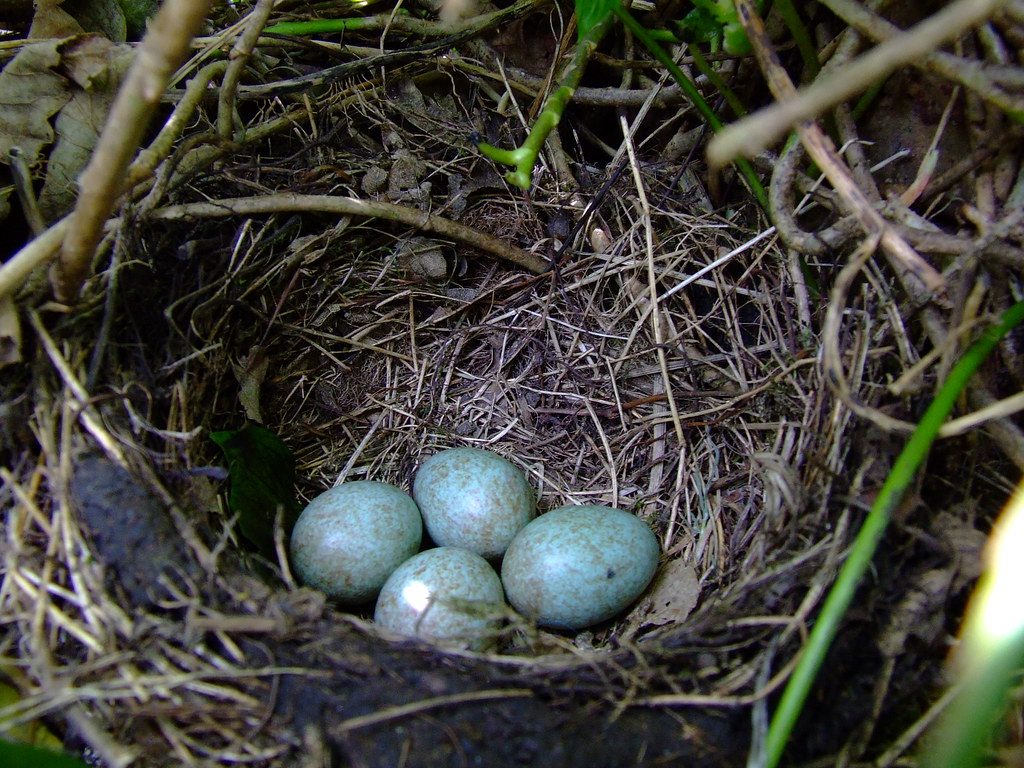 UK blackbirds are resident all year round and their numbers swell in winter when Scandinavian birds arrive because of the warmer climate.  I experienced this migration during a trip to Spurn Point in April 1961 when I recorded 40 blackbirds flying northwards. The European population is estimated to be around 140 million, and the species breeds across Eurasia and North Africa. It was also introduced in Australia and New Zealand. 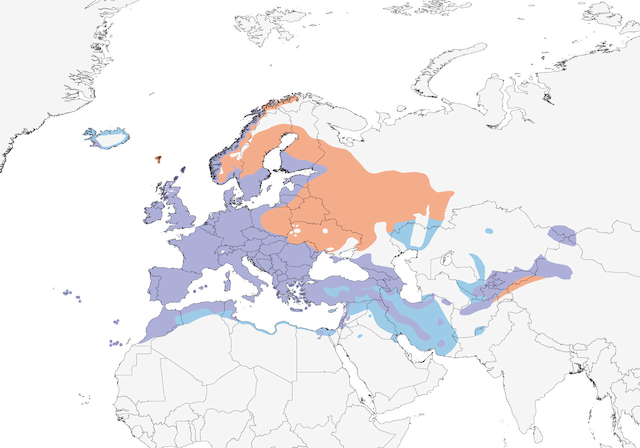 The male possesses a glossy black plumage, an orange-yellow bill, and a yellow eye-ring, whereas the female is a duller sooty brown, has a yellowish bill, and mottling on her breast. 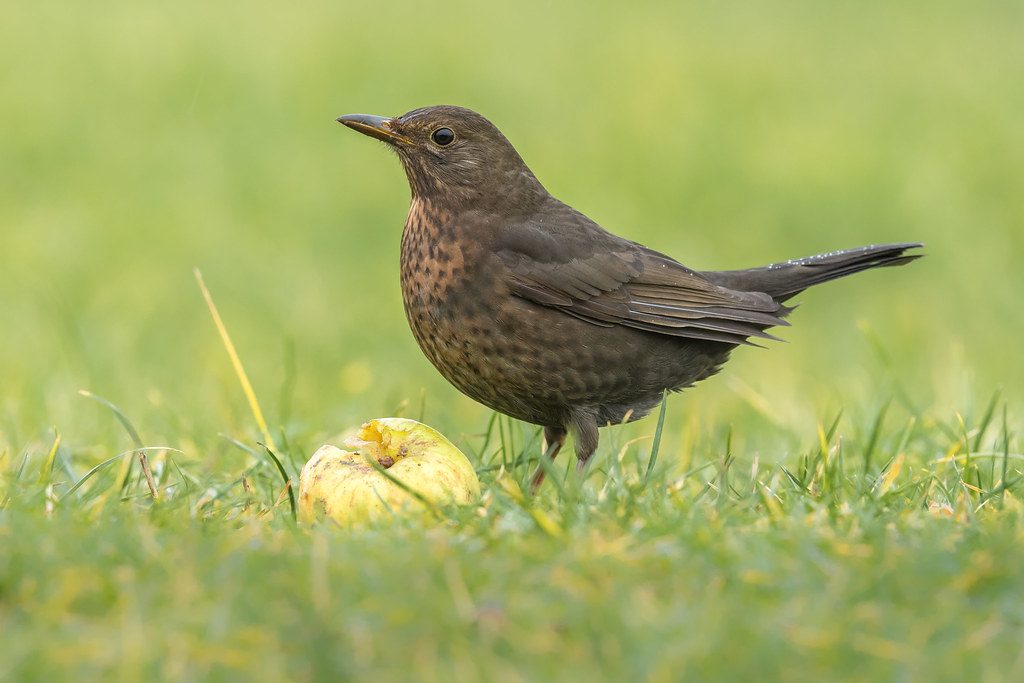 Blackbirds are frequently featured in legend and mythology. Druid legend has it that listening to a singing blackbird transfers you to the otherworld or a higher place of existence. Celtic belief is that if you place blackbird feathers under someone’s pillow they will tell you their innermost secrets. Shakespeare used the bird – he called it an ousel cock – in A Midsummer Night’s Dream, and other cultures believe that if you dream about a blackbird, it is a sign of misfortune to come in the coming weeks. And there is the Nursery Rhyme “Sing a Song of Sixpence”, whose origins appear to be lost in time. Maybe there was a pie; alternatively the birds may symbolize the 24 hours of the clock; or possibly the rhyme refers to an incident in Henry VIII’s suppression of the monasteries, or maybe it is political satire portraying events in Henry VIII’s Court? 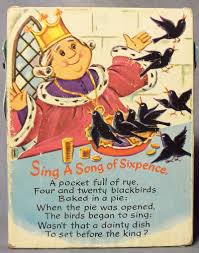 Sing a Song of Sixpence

Another feature of blackbirds is albinism. On rare occasions, birds develop white patches of feathers, and occasionally, totally white blackbirds can be seen. Lack of the pigment melanin is supposed to cause this condition, and it is accompanied with pink eyes. 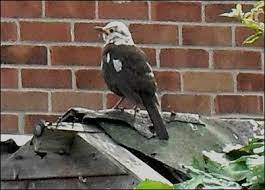 Once I moved to California in 1979, I lost touch with these sociable birds. They never made it to the New World except as very rare vagrants.  Instead, there are five other species of New World blackbirds (red-winged, rusty, brewer’s, yellow-headed, and tricolored), all of which are unrelated to the European species.

Several species have been shown vulnerable to climate change. For example, shifts in temperature have reduced the availability of food for the rusty blackbird, and water drought in California is affecting the distribution of red-winged blackbirds. By contrast, there is evidence that global warming is improving the survival rate of the UK blackbird because of  warmer winters. 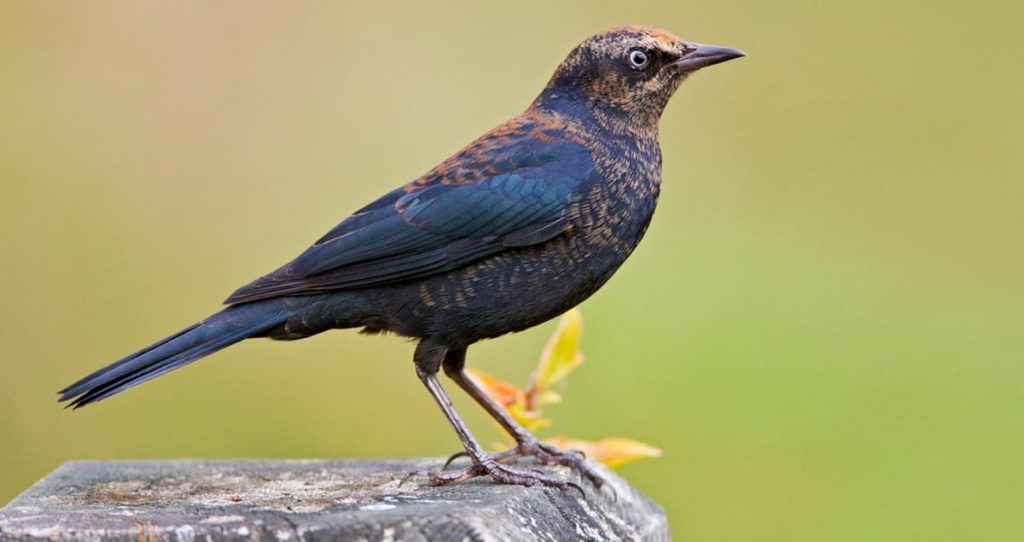 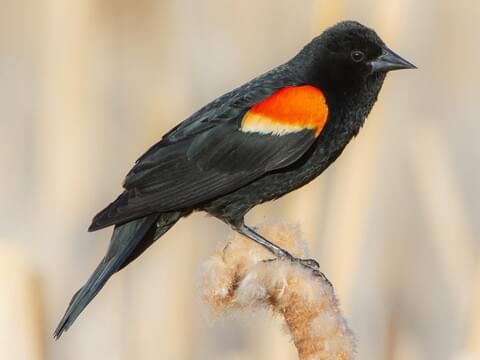 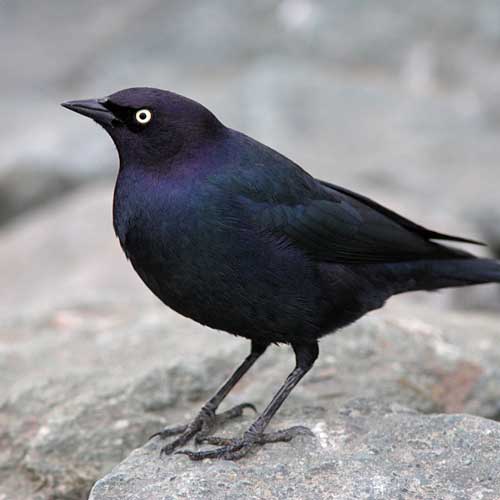 Author: John Cammidge
Filed Under: Bird Blog
Which British bird is supposed to have influenced the opening notes of Beethoven’s Fifth Symphony, and is the name given to Alabama’s state bird?
Which bird is supposedly colored by the blood of Jesus?