Which British bird is supposed to have influenced the opening notes of Beethoven’s Fifth Symphony, and is the name given to Alabama’s state bird? 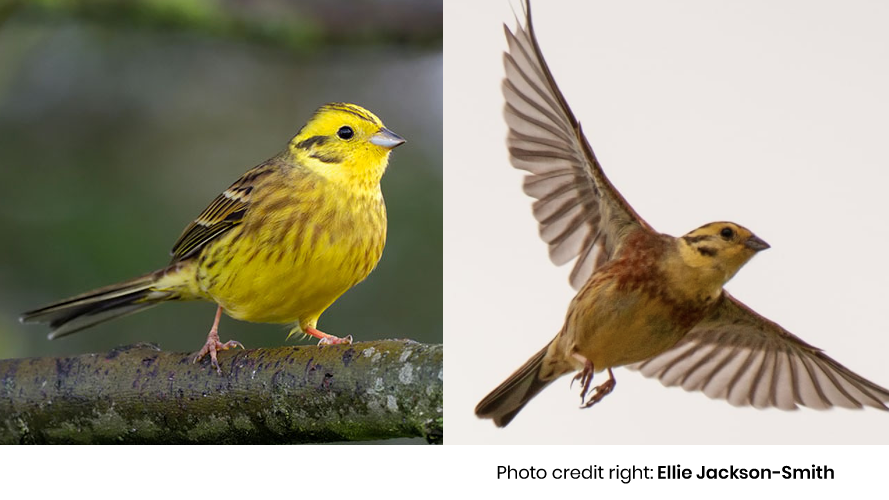 Growing up in the countryside of Britain during the 1950s, I always was fascinated by the sight and sound of the yellowhammer. It belongs to the bunting family and is sparrow-sized at 6.5 inches (16.5 cm) in length. The males would sing from the tops of hedges “tehe-tehe-tehe-tehe-tehe-tehe-tehe-tehe-tehe-e-e-e-se” (last note drawn out), which was translated in English to “a-little-bit-of-bread-and-no-cheese”. It was all part of the countryside charm that I describe in my novel Unplanned. Supposedly, the song inspired the four-note opening motif (dit-dit-dit-dah) of Beethoven’s Fifth Symphony, when he heard the yellowhammer sing as he walked in Prater-park in Vienna, or so the story goes.

The male yellowhammer has a bright lemon-yellow head and yellowish underparts, a chestnut rump, greenish olive on the nape, wing feathers that are red-striped black, and white on its outer tail feathers. The female is more drab and streaky. Walking home from primary school, these birds would regularly greet me from the hedgerows and road margins. They were delightful. At the time, there was probably around  four million of these birds across the British countryside, and the bird was described as “abundant in the York area” in the late 1950s, with the addendum that “no walk or cycle ride in the York district fails to disclose the presence of these birds, especially during the breeding season”. They are typically residents, and gather in large mixed flocks during winter, with other buntings, finches and sparrows. They feed mainly on seed, especially foraging for spilt grain and where cereal is fed to cattle. Yellow hammers typically build their nests on or very near the ground among vegetation or low bushes. I watched these birds as a young child to locate their nests, and took some ogf their eggs for my collection. 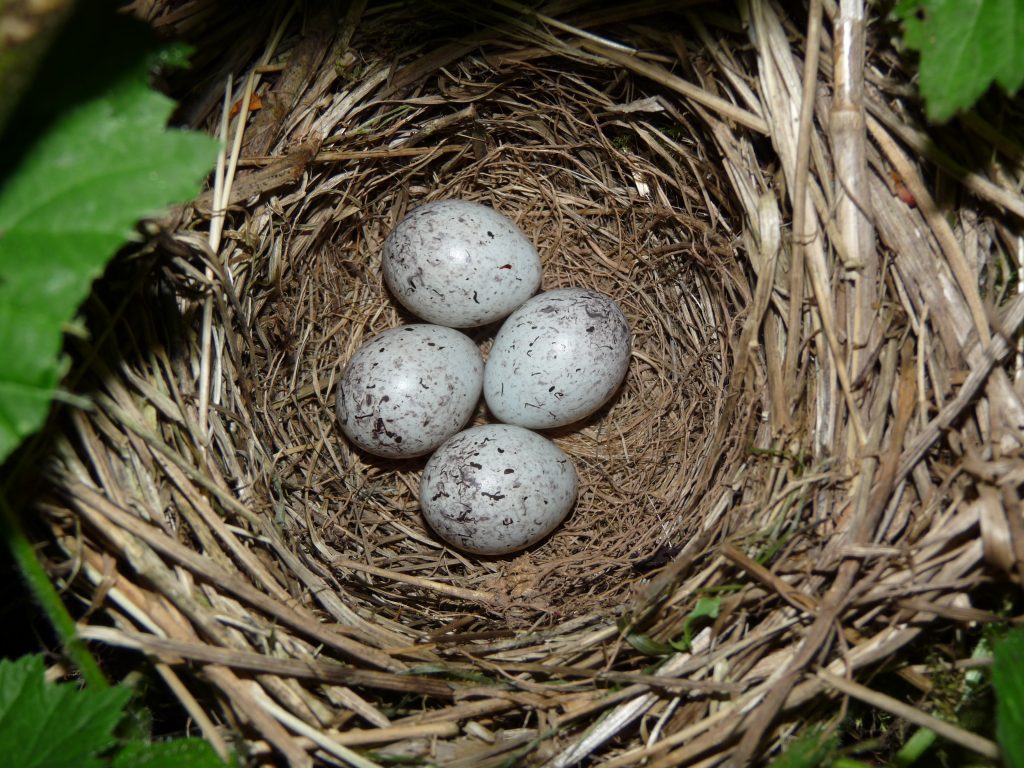 This situation began to change in the UK, slowly at first, but by the 1980s, yellowhammer numbers were under threat from agricultural interventions. Hedgerows were removed to increase the acreage of farmland, changes in agricultural practices reduced the amount of seed available, urbanization took away habitat, the greater use of pesticides harmed the population, and crows and cats found it easier to catch these birds.

Today, the number of British yellowhammers has fallen by well over 50 percent since 1970 to approximately 1.5 million, and the species is now on the UK Red list of Conservation Concern. For unknown reasons  the yellowhammer has not chosen to use back yard bird feeders.

It is widely distributed across Europe, and its Asia range includes northwest Turkey, the Caucasus, and northern Kazakhstan. It was introduced by humans many decades ago into New Zealand (where it is widespread and common), South Africa, and the Falkland Islands, but it is not found in North America. There are alternative buntings in North America, but not many in California. Of the 9 North America species, only the Lazuli bunting is seen in my state, and is uncommon where I live.

Curiously, you will hear people in North America talk about yellowhammers, but they are not the bird that I grew up with. It is the local nickname given to the northern flicker (or eastern yellow-shafted flicker) that is present in Alabama.  The underside of its wings and tail are bright yellow feathers and it “hammers” away (drums) with its beak when searching for food.  The rumor is that the bird’s nickname was first given to Confederate soldiers in Alabama  who wore pieces of yellow cloth attached to their uniforms as they went off to battle.  It became recognized as Alabama’s state bird in 1927.