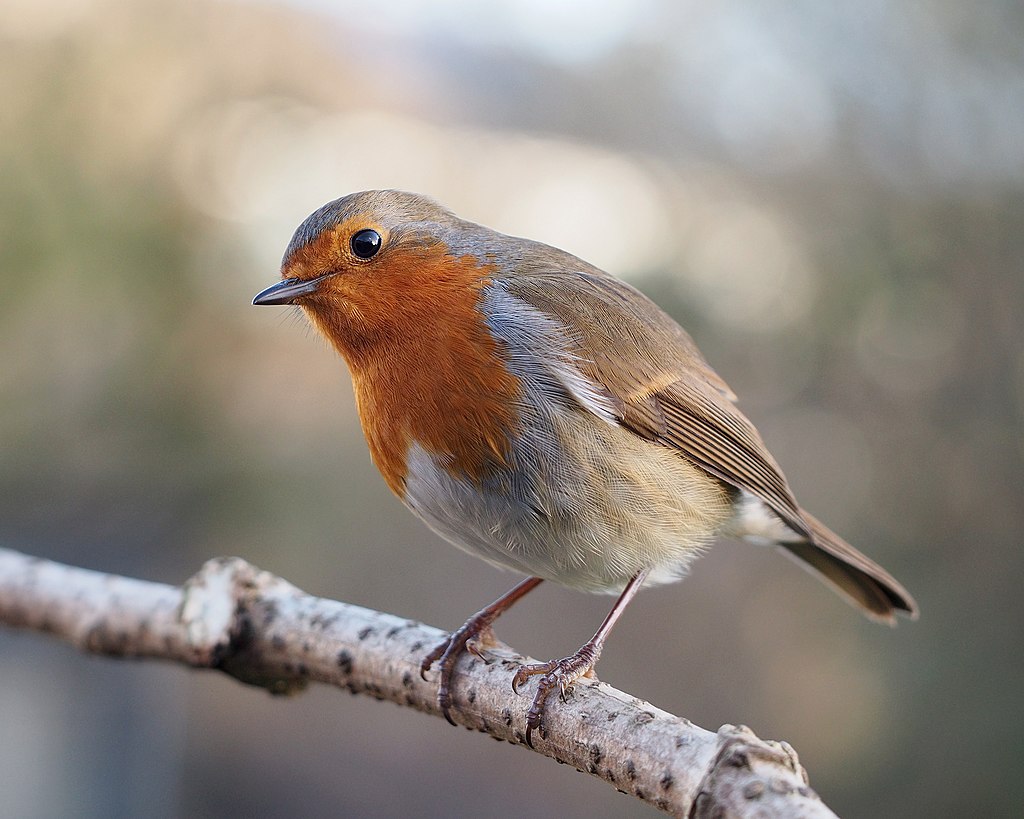 At this time of year, European Robins, a species commonly called robin or robin redbreast in the UK, are a familiar sight on Christmas cards in England. The practice began during Queen Victoria times in the mid-18th century when the bird replaced the illustrations of postmen who, back then, often wore bright red coats and were nicknamed “redbreasts”. The original red uniform was used as early as 1784, and some of the current designs were adopted as late as 2019.

The American Robin acquired its name from early American settlers who mistook it to be a relative of the European Robin because of its reddish-orange breast. In fact it is a member of the thrush family, whereas the European Robin fits into the Old World flycatcher family. A fuller description of the behaviors of robins is included in Chapter 13 of my novel She Wore a Yellow Dress.

This article was written because my sister, who lives in Lilleshall, Shropshire, asked me to select the robin as the focus for my December Blog. Also, as a birder, I am acquainted with both species. The American Robin appears in my Northern California backyard each winter, as small flocks congregate to hunt for berries, and during a recent trip to England, I observed single European Robins searching for food in many of the gardens I visited. Both varieties are known to sing early at dawn and late into the evening, enjoy the same diet, occupy similar habitats such as gardens, hedgerows, parks, and forested areas, are comfortable around people, and start breeding early in spring. Otherwise, there are differences:

Both species are the subject of extensive folklore. In Europe, Christian tradition believes that a robin arrived at the stable shortly after Jesus was born. While Joseph was gathering wood, the bird fanned the dying embers with its wings to keep the fire alight and Jesus warm. The Virgin Mary rewarded it with a fiery-colored breast; a variation of this story is that the bird burnt itself while keeping the fire alight.

Another English tale says that when Jesus was on the cross a robin flew to him and sang in his ear to comfort him, and that the blood from Jesus’ wounds stained the robin’s breast. An alternative version is that the robin plucked a thorn from the crown of thorns on Jesus’ head, and was injured and its breast stained with blood.

In America, many Native Americans have regarded the American Robin as a symbol of peace, safety, and nurturing, and also a predictor of human relationships. Some have regarded the bird as a guardian of fire, and others as a thief of flames. One legend is that the raven created the robin to sing to people. Michigan, Wisconsin, and Connecticut have adopted the species as their State Bird.

Robins are supposed to be one of the most abundant bird species in their respective territories. In North America, there are an estimated 370 million American Robins, and in the UK, estimates suggest about seven million breeding pairs. Elsewhere in Europe, robins are not subject to the same reverence as in England, and are shot for food and sport. Consequently they are much more timid on the Continent.

Both species are regarded as “least critical” from a conservation perspective, and hopefully, for many years to come, they will symbolize the arrival of spring, greetings at Christmas, and represent hope, renewal, and rebirth for all who witness them.

Author: John Cammidge
Filed Under: Bird Blog
Sandhill Cranes are back in California for Thanksgiving
Buffleheads: Ducks that Nest in Trees