Which seabird was named after the old Viking word for “stinking”? 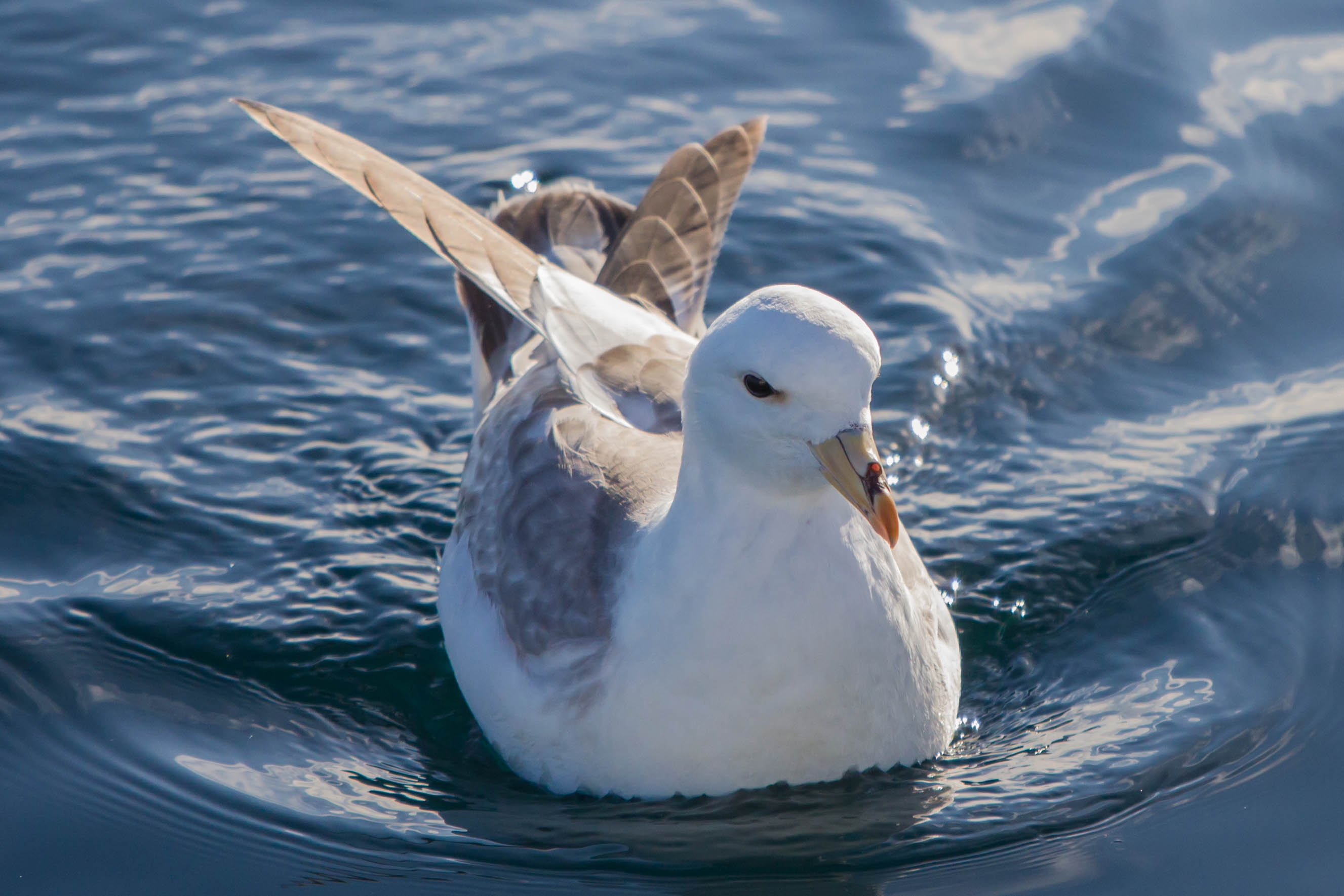 For 10 years, starting in the early 1950s, my family spent a summer week’s holiday in a rented bungalow on the coastal hillside at Reighton Gap near Filey, Yorkshire. The bungalow has since been demolished. Nearby, to the south-east, stood the hard chalk outcrops forming the nearly perpendicular cliffs known at the time as Bempton Rocks. Today they are named the Bempton Cliffs and are an RSPB Nature Reserve. They were a haunt of mine during my early days of bird watching and a special place for watching the fulmar.. 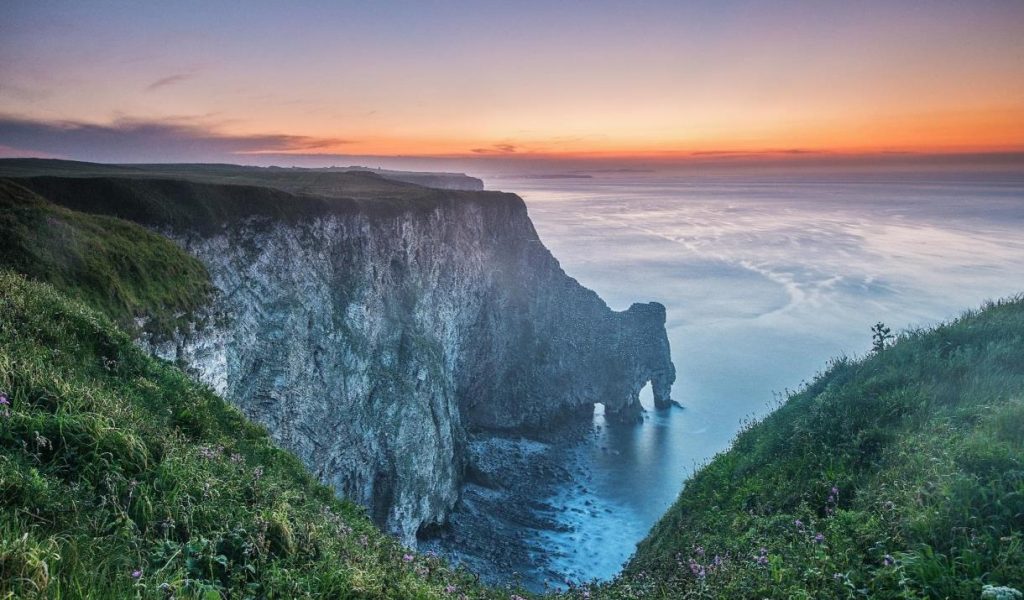 The cliffs are occupied by about a quarter-of-a-million seabirds that breed along the alluvial ledges that adorn the face. Here is the only gannet colony in England with about 10,000 breeding pairs. I was mesmerized by these birds, so much so that I titled chapter 16 in my novel She Wore a Yellow Dress as The Voracious Gannet. Their insatiable appetite reminds me of my thirst for knowledge during my first job at Ford Motor Company in 1967. It was also at the Bempton Rocks that I was given a guillemot egg to add to my egg collection. 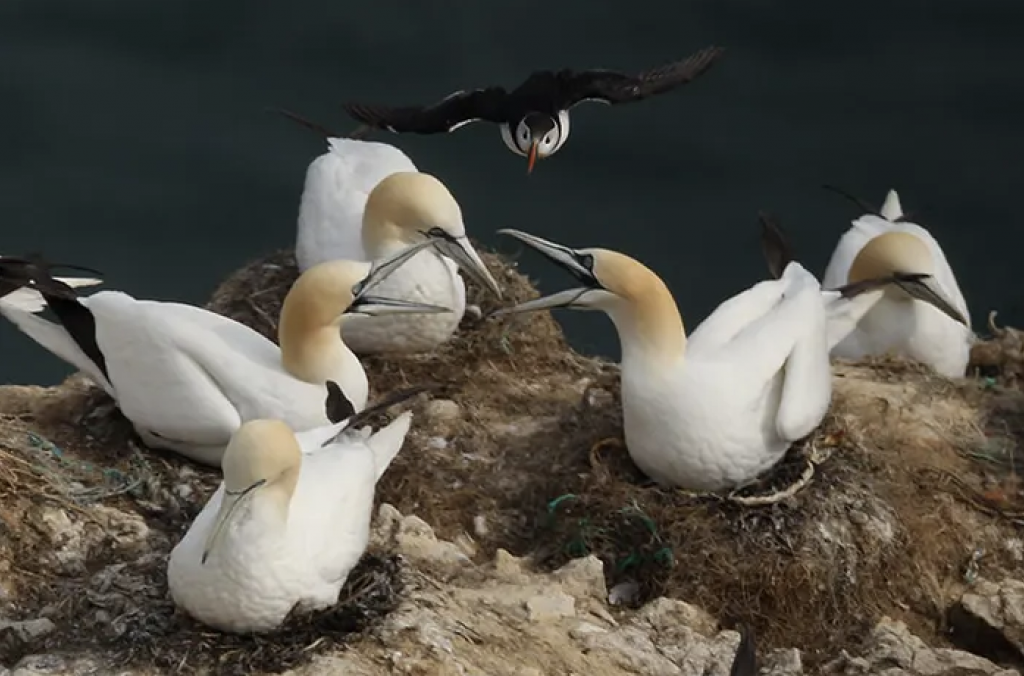 My favorite species, however, was the fulmars, gull-like, pelagic birds, always over the sea, that glide low over the water and then soar high up the cliff face on rising air. One of their distinguishing features is the “tubenose” or large nostrils on top of their upper bill that links to salt glands in their nasal passage, allowing them to excrete a high saline solution to desalinate their body. Today at Bempton there are about 800 breeding pairs, and following nesting, they spend the rest of their time far out at sea, usually journeying south before returning to their nesting site in spring.

Occasionally, I would see fulmars over the sea at Spurn Point in the 1960s.  Their breeding population today in the UK is around 500,000 pairs, and in winter, the population grows to in excess of 1.5 million.  A fulmar usually lays one egg on the ledge of bare rock or on a grassy cliff, and defends it and its chick by spitting foul-smelling, orange-colored stomach oil at whatever is threatening it.  There are an estimated 3.5 million fulmars in Europe, and likely well-over seven million globally. 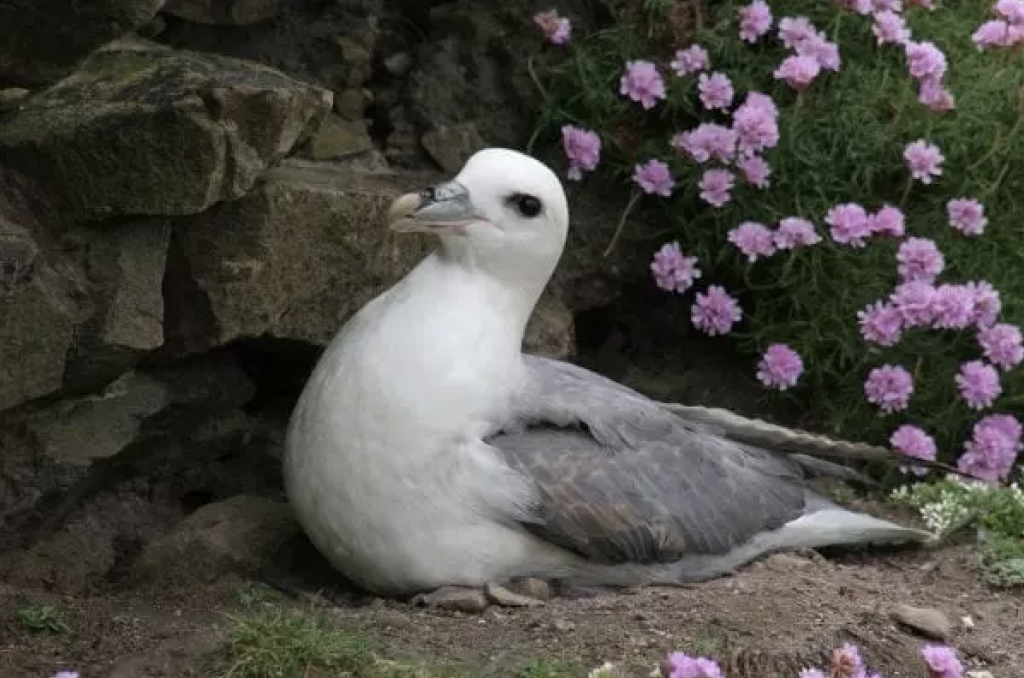 These are heavy set, medium-sized sea birds (18-20 inches long/46 to 50 cm), colored grey and white, with a pale yellow bill and gray legs, and display a large wingspan. The word fulmar is derived from the Old Norse words full for stinking and mar for gull. There are three subspecies; one that lives in the Arctic, another across the Northern Atlantic, and a third that inhabits the North Pacific.

The fulmar, sometimes called the Northern fulmar, is one of the few birds in my childhood that I can also see here in California. The same is not true for the gannet that only breeds on the east coast of Canada and spends winter at sea as far south as Florida and Texas.

However, the opportunity to actually observe fulmars in California is low because they only visit California during winter and spend most of their time away from land. Nonetheless, individuals do show up in bad weather, and if you go whale-watching, you may spot several out at sea. They are a darker gray than the pale white ones I saw at Bempton Cliffs. 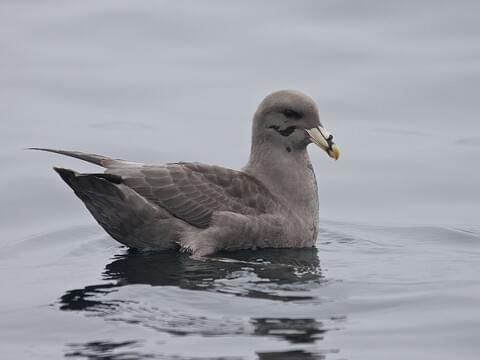 Globally, fulmars are very abundant and therefore classified as Of Least Concern from a conservation perspective in North America.  They are on the watch list in the UK and Europe because over there, their numbers have declined and dropped about 40 percent since the mid-1980s. They are sensitive to oil and plastic ingestion and can become caught up in fishing nets when following fishing vessels to feed on waste.  Climate change also affects the quality of their food and its availability, which in turn influences the fulmars’ breeding success. This is one of the few species I see in California as well as can go and inspect in the UK when I visit my family.

Author: John Cammidge
Filed Under: Bird Blog
Which shorebird can be blown across the Atlantic to make very rare appearances in Britain?
Phalaropes and their unusual sexual dimorphism